The founder of the Cantele winery, Giovanni Battista Cantele — grandfather to the current generation — was born in 1907 in Pramaggiore (in the Province of Venice). During the Second World War, he moved to Imola (Province of Bologna) where he met and married the beautiful Teresa Manara. The couple had two sons, Augusto and Domenico.
After the war, Gianni — as he was known — made a career for himself in the wine trade. Like many in his generation, he found steady work as a broker of bulk wine that he would purchase in Puglia and then sell in Northern Italy. At the time, winemakers in northern Italy had difficulties in achieving the desired alcohol content and body in their wines — in part because of the climatic conditions and in part because of the available winemaking technology. It was not uncommon to ship wine from Puglia (where grape growers had no problems in obtaining fruit with sufficient sugar levels) to blend into the wines of the north. Expanding prosperity and a population explosion in the north had led to growing demand for quality wine.

On one of the many business trips that Gianni made from Imola to Lecce (Puglia’s baroque masterpiece and the hub of its viticulture), he took his wife Teresa with him. It was love at first sight: as soon as they arrived in Lecce, she made up her mind that she wanted to move the whole family there.

In the year’s leading up to Italy’s “economic miracle” and post-war recovery, it was unthinkable that a family with a thriving business would choose to abandon the prosperous north and relocate in the south, where agriculture was still the leading industry. But Gianni’s devotion to Teresa and their shared love of the pristine Salento peninsula inspired the couple to make a “reverse” migration. When most young married couples were moving to the north in search of factory jobs, the Cantele family backed the bags and headed in the opposite direction.

Teresa and Gianni’s son Augusto, 16 years old at the time, was reluctant to follow the family to the “deep south” — even though, in his later years, there was no one who loved Salento more. He remained in the north and went to school to study enology in Conegliano at the historic Institute for Viticultural Research and Experimentation. After completing his degree, he “cut his teeth” in the wine industry working at wineries in the Veneto (northern Italy), where he developed his deft hand for making white wines.

At the end of the 1960s, August finally decided to reunite with his family in Lecce and he began working as a consulting enologist in the townships of Guagnano and Salice Salentino. In 1979, father Gianni and sons Augusto and Domenico decided to start a new winery under the family name. In the early years, Cantele was a bottler, purchasing wines from the wineries where Augusto worked as a consultant. Then, in the 1990s, Cantele began to acquire vineyards and started making its own wines.

The 1990s were important years for Italian wine, with impressive growth in foreign markets, particularly in the U.S. and Central and Northern Europe. In 2003, to meet the growing demand for its wines in Italy and abroad, Cantele opened a new state-of-the-art winery between the villages of Fra Guagnano and Salice Salentino (the best growing zone in Puglia).

Today, the Cantele family owns 50 hectares planted to vine and the family’s current winemaker Gianni Cantele (one of Augusto’s sons) and agronomist Cataldo Ferrari manage another 150 hectares owned by other growers. Augusto’s other son Paolo Cantele is the winery’s brand manager and Domenico’s son Umberto is head of sales. Domenico’s daughter Luisa also works in the estate’s corporate offices together with Gianni’s wife Gabriella. The business remains to this day a true “family affair.”

Grandfather Gianni was a red wine lover. Grandmother Teresa preferred white. When Gianni lovingly scolded her, noting that there were plenty of red grapes in the world that she could enjoy, she responded by saying that if he wouldn’t make her any white wine, she would ask their son Augusto to make her some.

Now in its thirteenth vintage, Teresa Manara Chardonnay is named in her honor.

The Cantele winery produces 2 million bottles annually, including indigenous Pugliese grapes like Primitivo and Negroamaro as well as international varieties like Chardonnay, Merlot and Syrah. 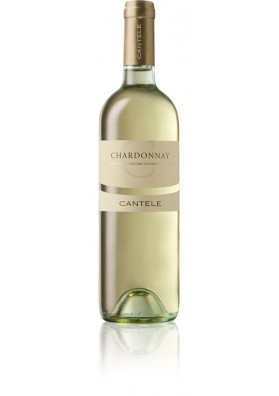 PALATE: The alcoholic structure and freshness in this wine reward the wine lover with its drinkability and approachability. Its rich finish mirrors its aromas with great balance. 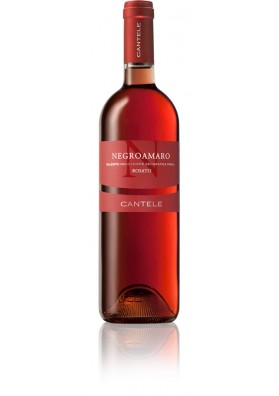 Nose: Essence of geranium and rose combined with strawberry and cherry. Sweet and nuanced on the nose, with noteworthy tenacity.

Palate: The wine’s impressive alcohol is balanced by its delicate flavors and light, bright freshness, elegance, and persistence. 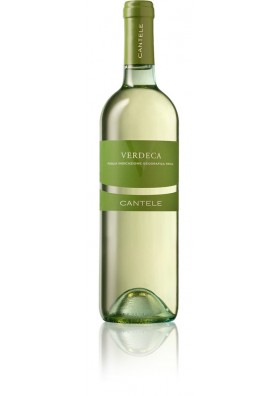 PAIRING: Seafood, fresh and light cheeses. Light first courses that are not to intense in their aromatic or spicy character. 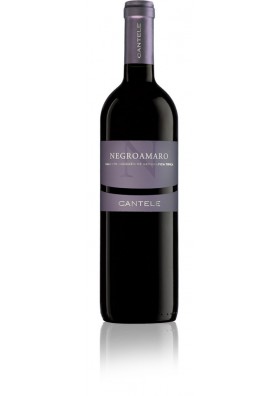 Nose: Red fruit with delicate herbaceous notes with a wide range of aromas, including sour cherry, red prune, and thyme followed by flint.

Palate: The flavor of this wine is defined by its balance of delicacy and alcoholic content set against its minerality and freshness. Nuanced and persistent, it starts out softly and evolves into a delicate yet confident finish with classic Negromaro notes. 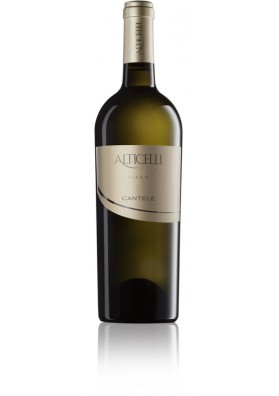 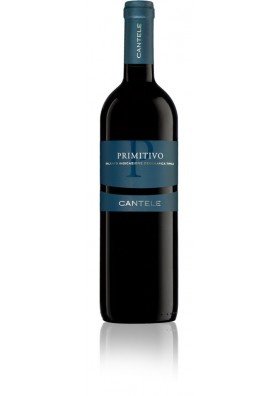 Nose: The minerality of the nose creates a delicate combination of morello and sour cherry and prune. Floral and spicy notes follow in a superbly persistent finish.

Palate: Gentle tannins, impressive acidity combine with the classic delicacy and alcoholic content of Primitivo in the flavors of this once forceful but now elegant and noble wine.

Pairing: Pasta with rich meat sauces, excellent with red meat and in particular lamb. An ideal pairing for moderately aged as well as intense ripe cheeses. 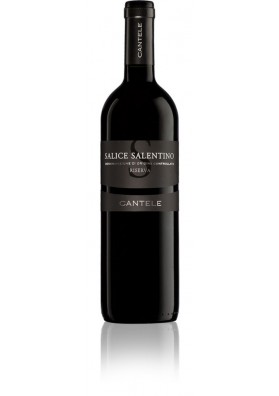 Palate: Enhanced by notes of red flowers, the aromas return on the palate transported by confident but not overbearing alcohol. The tannins and fresh acidity work in counterpoint to create a balanced, soft wine. 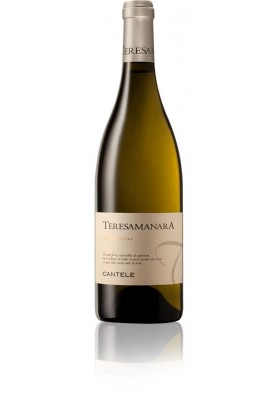 NOSE: Spicy aromas emerge immediately on the nose, giving way to a rainbow of overflowing floral and fruit aromas. Acacia and vine flowers together with local and exotic, ripe fruit.

PALATE: Silky in the mouth, velvety and mellifluous, with freshness and sweet spices imparted by selected wood used during aging. The finish wins over the drinker with its length and its terroir expression.

PAIRING: This wine is extremely generous when it comes to pairing. From intensely flavored seafood to vegetables and white meats and cheeses. Fried foods and mushrooms are among the winemaker’s favorite pairings. 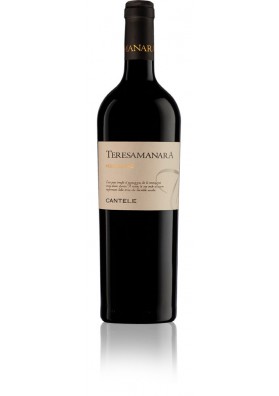 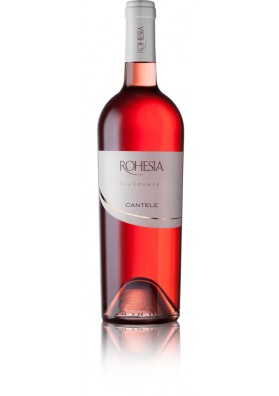 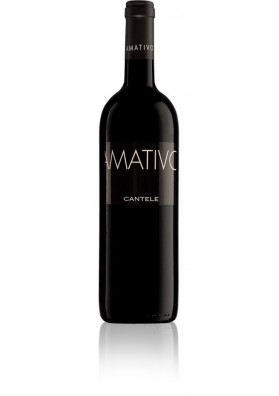 Palate: The same aromatic equilibrium reappears in the mouth, releasing delicate progressions of fruit and spice. The rich, balanced flavor of this wine’s components give it its distinctive imprint. And its extreme delicacy closes with ample, persistent flavors in the finish.

Pairing: Well aged ripe cheeses, smoked and spicy cured meats. Intensely flavored meat dishes, ideally complex in their flavor profiles. Ass and horse are among the winemaker’s favorite pairings as are meat-based first courses. This is a wine (as strange as it may sound) that doesn’t mind the company of a good cigar. 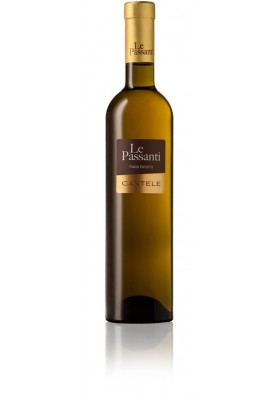 NOSE: Very intense, as if it were produced in a bee hive rich with floral and fruit aromas. Acacia honey and Cane apple. Orange flower and bergamot.

PALATE: On the palate this wine reveals endless layers of delicate, smooth sensations, with superb balance between its freshness and aromatic character. The sweetness of this wine on the palate reminds some of “kisses desired but never dared to be given…”.